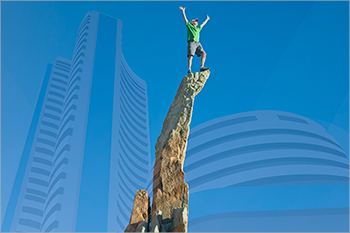 Nifty ended the July series on record highs backed by across the board buying in the large-cap stocks. NSE's benchmark index outperformed the Nifty Bank index by ~1.5% on an eoe basis for the second series in the row, with both indices posting 5.5%/4.1% gains. Long delta positions in the index options were the flavour of the series.

The trend of placing contra bets continued in the July series with FIIs pulling out ~Rs3,850cr and DIIs pumping in ~Rs3,700cr into Indian equities. This is the lowest figure since March 2018. FIIs changed their stance on the index as their speculative index future long/short ratio remained above 1x levels throughout the series, favouring the bulls. On the expiry day trading session, FIIs also resumed their buying spree in the cash market segment by posting a buying figure to the tune of ~2453cr.

Rollovers for Nifty & Bank Nifty were higher in terms of percentage & total open interest (number of open positions) vis-à-vis last month as well as the average of the last three months, indicating a buildup of long positions in both indices.

As the August expiry is expected to remain volatile on account of lack of open positions i.e. no major option writing in the index options, the following is the list of positions which traders rolled over for the August F&O series:

Stocks in which traders have rolled over their long positions:

Stocks in which traders have not rolled over their long positions:

Stocks in which traders have rolled over their short positions:

Stocks in which traders have covered their short positions: