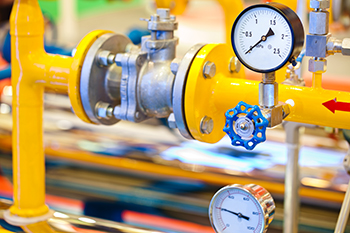 PNGRB (Petroleum and Natural Gas Regulatory Board) had launched 9th CGD (City Gas Distribution) Bidding Round for 86 Geographical Areas (GAs) covering 174 districts in 22 States/Union Territories. The GAs, post award are expected to cover 24% of the country's area (11% FY18) and 29% of its population. Further, 406 bids have been received in respect of 86 GAs; and 38 entities have participated in the process.

In previous bid rounds, 106 GAs were offered, out of which 56 were awarded. Currently, ~95% of CGD volumes are sold in Northern and Western India. This 9th bidding round provides GAs the access to vast untapped areas in Eastern and Southern India. Once awarded, this initiative would help in creating a robust CGD infrastructure by bringing investment of about Rs70,000cr. This latest bidding round is made investor friendly with marketing exclusivity increased from 5 years to 8 years, the time for financial closure is increased to 270 days from 180 days earlier and gas pipeline company to provide connectivity within 180 / 270 days.

The bidding criteria for this round has been revised in such a way that 80% weightage is assigned to infrastructure creation, which was not included in earlier bids. This modification is done with a view to maximize the gas network penetration.

Indraprastha Gas (IGL) has bid for 11 areas. Company has presence of CGD network in Delhi and NCR. Most of the newly bid areas by IGL are in surrounding areas of its current GAs. These new GAs are expected to bring cost synergies to IGL extending expertise from Delhi & NCR operations.

Mahanagar Gas (MGL) on the other hand has bid for 3 major GAs, which include Chennai and Visakhapatnam. These are in close vicinity of gas producing areas and expected to benefit from low transportation tariffs.