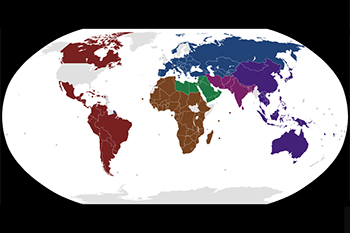 In the shadow of an escalating trade war, momentum is picking up to protect the World Trade Organization (WTO) from turning irrelevant.

The European Union (EU) will host trade ministers from the US and Japan next month in Brussels, according to two officials with knowledge of the meeting. The gathering will be part of an effort to address China’s trade practices in a way that doesn’t marginalize the WTO, said the officials, who asked not to be identified because preparations are private.

The meeting will precede about 10 high-level confabs around the globe over the next year aimed at calming trade tensions.

The push to reform the Geneva-based WTO has gained urgency since Donald Trump became president, with his administration showing open disdain for the multilateral trade body and Trump himself saying “The WTO is unfair to US”.

The EU is working on a proposal to amend the composition of the WTO as well as address about a half-dozen American complaints.

The Trump administration, arguing that the WTO is incapable of addressing the problems created by China’s rapid economic ascent, has resorted to unilateral tariffs on $50bn worth of Chinese goods. Beijing has retaliated in kind with duties on $50bn worth of US goods and pledged to respond if Trump follows through with his threat of levies on an additional $200bn of Chinese products.

Washington’s decision to side-step the WTO has raised concern that the trade body could slide into obsolescence if steps aren’t taken to shore it up.

In addition to the Brussels meeting next month, the EU will soon unveil a plan to reform the WTO, seeking to make negotiations more flexible, reduce trade costs, make the dispute-settlement system more transparent, and to strengthen the trade body itself, according to a draft proposal seen by Bloomberg.

Reforming the WTO as well as addressing Chinese trade abuses will be discussed at a host of meetings around the world over the next year, including an October gathering in Ottawa of about a dozen trade ministers. The topics will also be raised at a high-level Asia-Pacific Economic Cooperation meeting in Papua New Guinea in November; in December, leaders from the Group of 20 economies will bring up reform in Buenos Aires; French President Emmanuel Macron proposed discussions this fall in Paris; and there will be a ministerial meeting on the sidelines of the World Economic Forum in Davos.

“The United States is gratified that an increasing number of WTO members appear to be heeding our call on the urgent need to make the WTO work better,” Dennis Shea, the US Ambassador and Permanent Representative to the WTO, said in an emailed statement.

The push comes as Trump announced on Monday that the US would terminate the North American Free Trade Agreement and sign a new trade accord with Mexico. The move could potentially leave Canada out of the trading bloc.

As tensions between the US and China escalate, threats to the WTO are growing larger, making it difficult for its members to delay reforms any longer.

Since August 2017, the US has blocked nominees to the WTO’s appellate body saying it has overstepped its mandate. In October, the seven-member panel will operate with only three remaining members, which is the minimum number of panelists required to sign off on appeals cases. If the US continues its hold, the body will be paralyzed in late 2019 because it won’t have the three panelists required to sign off on rulings.

“We don’t necessarily have a due date but we all know that we need to get the process right,” Mexico’s Undersecretary of Foreign Trade Juan Carlos Baker told Bloomberg Law during a press briefing in Geneva. “And for that the sooner we start the better.”